Dear anyone,
If you tried to join duome forums but you didn't get your activation email - please, try to log in anyway - we activated all accounts so you can just log in and be welcome 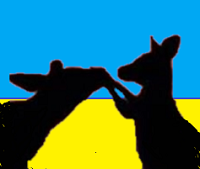 How to change to a Greek keyboard, for your equipment.

If you have a different operating system, or the explanations on these links still leaves you confused, also check out : Greek Keyboard - Other suggestions

If you have any other references that you have found beneficial for accessing a Greek keyboard, please comment below.

[Guide] To other Keyboards

Suggestions for keyboards , from our language learning community:


Good news for English speakers, that 14 of the 24 characters on the Greek keyboard/alphabet are quite familiar. And are located on the keys that are also similar to the US English keyboard. However, take a note of a couple of differences.

You will notice that the Greek letter "Ρ, ρ" is on the key for "R" on an English keyboard. And this is important to note. The sound that the Greek letter "Ρ , ρ" represents is the same as r in the English language.
i.e. ροζ ρύζι / ΡΟΖ ΡΥΖΙ : pink rice (or "rose rice")
Said similar in transliteration/greek written in latin characters as : roz rýzi .

This also introduces accents that are used in Modern Greek.
The accent over the vowel shows where the emphasis comes in the pronunciation. E.g. μαμά = maMA.

On a keyboard you can type the accent by pressing the

key, before you press the vowel which needs the accent. The vowels are ** ά, έ, ή, ί, ό, ύ, ώ**. On this example keyboard, you will notice they are highlighted in yellow.
You will notice the

on an English US keyboard on the right of the L key.

So now, there are just the 10 other characters. I will create another post for this soon.

The English keyboard continues to make it easy to learn the Greek letters.

In Modern Greek, αϊ and οϊ represent the diphthongs /ai̯/ and /oi̯/, and εϊ the disyllabic sequence /e.i/, whereas αι, οι, and ει transcribe the simple vowels /e/, /i/, and /i/. The diacritic can be the only one on a vowel, as in ακαδημαϊκός (akadimaïkós, 'academic'), or in combination with an acute accent, as in πρωτεΐνη (proteïni, 'protein').

άνω τελεία : https://en.wikipedia.org/wiki/Interpunct
An interpunct (·), also known as an interpoint,[1] middle dot, middot, and centered dot or centred dot, is a punctuation mark consisting of a vertically centered dot used for interword separation in ancient Latin script.
The modern Greek ano teleia mark (άνω τελεία, ánō teleía, lit. "upper stop"), also known as the áno stigmī́ (άνω στιγμή), is the infrequently-encountered Greek semicolon and is properly romanized as such.[7] It is also used to introduce lists in the manner of an English colon.[6] In Greek text, Unicode provides a unique code point—U+0387 · GREEK ANO TELEIA[8]—but it is also expressed as an interpunct. In practice, the separate code point for ano teleia canonically decomposes to the interpunct.[6]